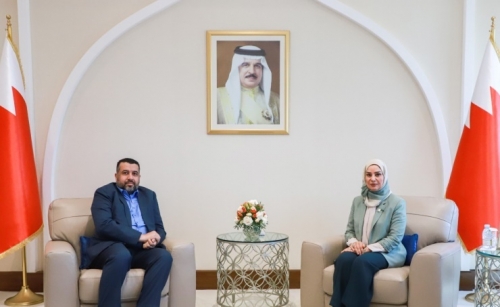 Representatives Council Speaker Fawzia bint Abdullah Zainal received in her office yesterday media man Mohammed Al Arab as she lauded his remarkable role in supporting national, Gulf, and Arab issues. She also emphasized the need to boost the role of the media in supporting national fundamentals and highlighting the civilizational image and pioneering achievements brought about by the Kingdom of Bahrain under the leadership of His Majesty King Hamad bin Isa Al Khalifa.

The Speaker affirmed that the responsible national media is considered an essential partner in backing the national efforts in Bahrain and abroad thanks to credibility, professionalism, and objectivity. For his part, Al Arab expressed appreciation of the support accorded by the Speaker to journalism and media work in Bahrain. He also praised the efforts of the Representatives Council in upgrading legislation related to the press and media sector.