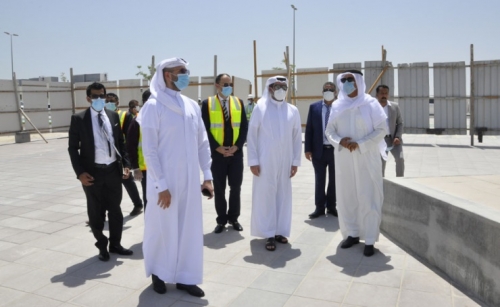 Manama Housing Minister Bassem bin Yacoub Al Hamar, confirmed that the completion in East Hidd Town is witnessing remarkable progress due to the ministry's efforts to quicken the pace of work of construction projects to meet His Majesty King Hamad bin Isa Al Khalifa’s plan to build 40,000 housing units for the citizens.

The minister noted that the ministry and all relevant ministries are coordinating to provide the town with the needed facilities and services, as mentioned in the town’s general plan.

The progress is esteemed from the government's keenness to maintain housing projects at priorities' forefront to provide a decent living for citizens by adopting the best modern design standards for road networks, sewage and bridge networks, as well as providing green spaces and walkways, he added.