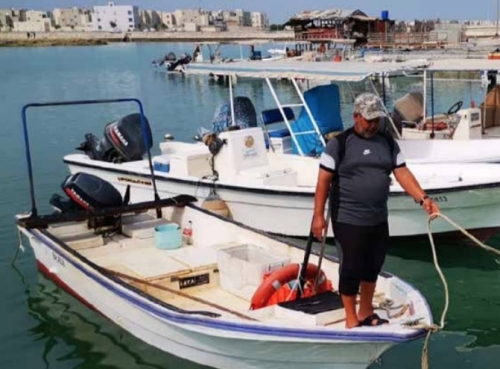 Bahrain has over the past five years stepped up its development of fishing ports in an effort to enhance the industry in the Kingdom, according to the Ministry of Works, Municipalities Affairs and Urban Planning. The ministry has been modernizing the infrastructure at these ports to help meet the needs of the sector, as part of an integrated plan formulated by authorities, said Works Minister Eng Essam bin Abdullah Khalaf.

The Works Minister said that, based on the directives of His Royal Highness the Prime Minister Prince Khalifa bin Salman Al Khalifa to meet the needs of citizens working in the fishing industry, these efforts are being done through the continuous coordination between the Works Ministry, municipal councils, and the fishermen’s association.

He added that represented by its Agriculture and Marine Resources Affairs, the ministry has been able to develop 11 additional ports in the Kingdom across all governorates. These new facilities add to the already existing facilities that are located in coastal villages and sea-side regions, and they include both private sector ports and those officially affiliated with the ministry.

The new ports are able to facilitate various special services for fishermen in order to meet their requirements, such as having places of prayer, proper toilets, shops for fishing supplies, specialized garages for repairing boat engines, ice factories, refueling stations, and ramps to lift boats onto land.

Offices for inspectors from the ministry’s Marine Control Department have also been built, along with Coast Guard Command watchtowers and facilities housing patrols and other vital services. A number of fish markets in several areas is also already underway, including at Askar and Zallaq.

The ministry hopes to generate greater involvement from the private sector in investing in fishing ports, in a way that is commensurate with the development process for these facilities. “We have worked on further developing the infrastructure of ports by improving and expanding waterways to facilitate the movement of fishermen and establish a concrete process that allows the flow of boats to and from the sea, in addition to developing concrete barriers to provide the largest possible space for boats at docks,” the Works Minister explained.

“We have also sought to build parking lots at ports for the largest possible number of cars, install light posts, provide a pedestrian walkway and shaded areas for fishermen to work and to allow for the proper flow of rainwater.

“We have started to build fish markets at these ports, as it is important for the commercial ventures of fishermen, especially with the steady expansion of communities across the Kingdom.” The ministry’s Agriculture and Marine Affairs undersecretary Dr Nabil Abu Al Fath added: “Through the development work at these ports, we seek to provide important additions at all facilities, whether it is for the benefit of services provided to fishermen, or for tourism purposes. “These will benefit workers in the fishing industry and in marine tourism, and enhance the market for selling fish.”