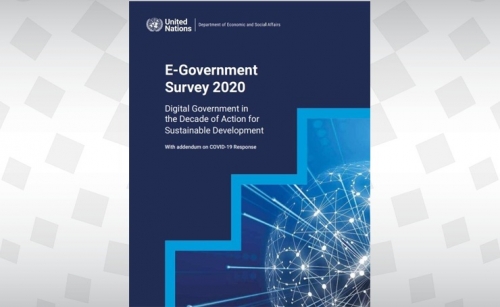 Riding on the success of Tawasul and usage of emerging technologies to provide advanced government services, Bahrain maintained its supremacy amongst the Gulf Cooperation Council (GCC) nations after the United Arab Emirates on the United Nations E-Government Survey which tracks the e-government development status of all United Nations Member States.

UN report says the service enables people to submit suggestions and complaints to any government entity in the Kingdom of Bahrain from anywhere at any time, with it solving more than 95 per cent cases received. By ranking Bahrain highly on the index, the report also points out that Bahrain Digital Government Strategy 2022 is aligned with the Economic Vision 2030, which focuses on sustainable development, and with the Government Action Plan 2019-2022.

The report views that higher-income countries such as Bahrain mobilised the potential of emerging technologies to provide advanced government services and ensure a high level of user satisfaction. The UN report also highlights Bahrain Economic Vision 2030 for its provisions for digital development and initiatives related to digital government transformation.

It also points out that Bahrain implemented Legislative Decree No. 54/2018 for the Issuance of Letters and Electronic Transactions, which provides a legal framework for the use of new technologies such as blockchain for government services.

The report also highlights the role of the pandemic in renewing and anchoring the role of digital government both in its conventional delivery of digital services as well as new innovative efforts in managing the crisis. The E-Government survey 2020, now in its 10th edition, ranks Bahrain 38th globally on the E-government Index, a 12 point jump from the 2018 rank of 26.

The ranking involves a composite index that consists of sub-indexes, which are smart services, human capital, and the telecommunication infrastructure and information technology sectors, in addition to the E-participation index that falls within the smart services. On the E-Participation Index, Bahrain is ranked 51 out of the 193 countries.

The index and its accompanying report, launched Friday by the United Nations Department of Economic and Social Affairs (UNDESA), also highly ranked Saudi Arabia, Kuwait, and Oman. Launching the report, LIU Zhenmin Under-Secretary-General for Economic and Social Affairs United Nations urged world leaders to “remain steadfast in their missions in the digital transformation of their countries, constantly innovating even during difficult times.”

He said the 2020 Survey findings are encouraging, showing significant uptakes in digital services in different geographic regions, countries and cities. The survey, prepared over two years, is the only global report that assesses the e-government development status of all United Nations Member States. In addition to the English edition, the Survey will also be made available in Arabic, Chinese, Russian and Spanish, thanks to the collaboration with external partners.