Sailors saved a shark! | THE DAILY TRIBUNE | KINGDOM OF BAHRAIN 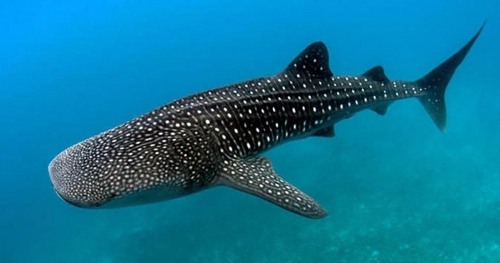 Listed as a vulnerable species, whale sharks are termed ‘docile fish’, which sometimes even allows swimmers to hitch a ride. In Bahrain, two sailors say they experienced the same. The shark, presumed dead, was spotted by two sailors in the North Sea waters of Bahrain, said an Al Bilad report citing social media accounts.

The sailors, however, got the surprise of their life, when the fish suddenly sprang to life as they approached to take a look. The men said they even spent some time with the fish, locally known as ‘Deeba’, before informing the authorities. The sailors hope the concerned authorities would do the needful to rescue the fish.

Preferring warm waters, whale sharks populate all tropical seas, says National Geographic. They are currently listed as a vulnerable species; however, they continue to be hunted in parts of Asia, such as the Philippines.

As the largest fish in the sea, reaching lengths of 40 feet or more, whale sharks have an enormous menu from which to choose. Fortunately for most sea-dwellers—and us!—their favourite meal is plankton. They may live up to 70 years, according to NatGeo.

Drivers get free tyres for a “Summer without accidents”