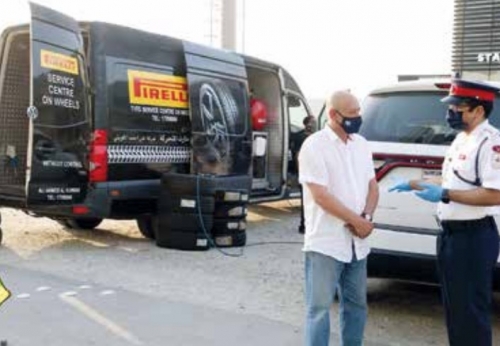 Drivers get free tyres for a “Summer without accidents”

The General Administration of Traffic launched a field awareness campaign “Summer without Accidents” as part of its “Thank You” initiative, in cooperation with Italian multinational tyre Company Pirelli. During the campaign which covers all governorates, officials educated the public on the importance of tyre safety, especially during the summer while also rewarding law-abiding drivers by replacing their vehicle’s tyres free of cost.

The General Administration of Traffic confirmed the continuation of the awareness campaign throughout the summer. The campaign will focus on educating drivers on the importance of periodic inspection of vehicle consumables, battery, and fluid level and not leaving compressed packages, batteries, sterilisers, lighters and electronic devices in the vehicle to avoid fire accidents. The campaign also distributes free on-road assistance vouchers having one-year validity to drivers.