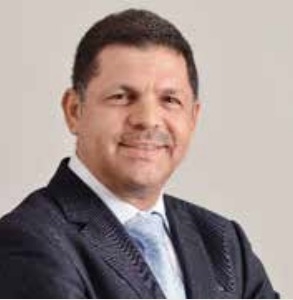 Nearly 81 per cent of the initiatives launched as part of the ‘Bahrainouna National Plan’ to promote loyalty and patriotism among citizens here are progressing steadily, said a top official. The plan, launched in March last year by Interior Minister General Shaikh Rashid bin Abdullah Al Khalifa, comes as part of a comprehensive vision of His Majesty King Hamad bin Isa Al Khalifa to reinforce the spirit of belonging to the nation and reinforce the values of nationalism.

Some 105 initiatives, targeting various sections of society, especially youth, were rolled out as part of the plan. In yesterday’s announcement, Hala Sulaiman, Bahrainouna’s Executive Office Director, said the project is attracting great interaction and engagement both from partners in the private-public sector and NGOs.

The plan’s initiatives, as per the directives of the Follow-up Committee led by the Minister of Interior, have five main streams focusing on belonging, public relations, media campaigns, curricula and legislative. A set of national performance indicators are also being developed to gauge citizens’ patriotism and attitude towards ‘national values’.

The effectiveness of the initiatives launched and their impact on the community will also be reviewed. On the role of the private sector, Hala hailed the role of Bank of Bahrain and Kuwait (BBK) in implementing “Bahrainouna” initiatives. BBK Group Chief Executive, Dr Abdulrahman Saif, thanked the Interior Minister for ensuring the successful implementation of the plan’s initiatives.

“The Bahraini identity is genuine and solid in all Bahrainis, and all of us are ambassadors of our beloved country, Bahrain, and we are honoured to play a part in reinforcing our unique culture and values for all those who live in Bahrain,” he said. He highlighted the bank’s role in achieving community responsibility and partnership, especially during the current situation caused by the coronavirus pandemic.

The bank, he said, is supporting the ‘Feena Khair’ and “Together We Care” campaigns to back workers affected by the coronavirus and postponed installments. They are also contributing to national campaigns to promote precautionary measures against the virus.

Photographic perspectives of the fabulous island