A walk for a cause | THE DAILY TRIBUNE | KINGDOM OF BAHRAIN 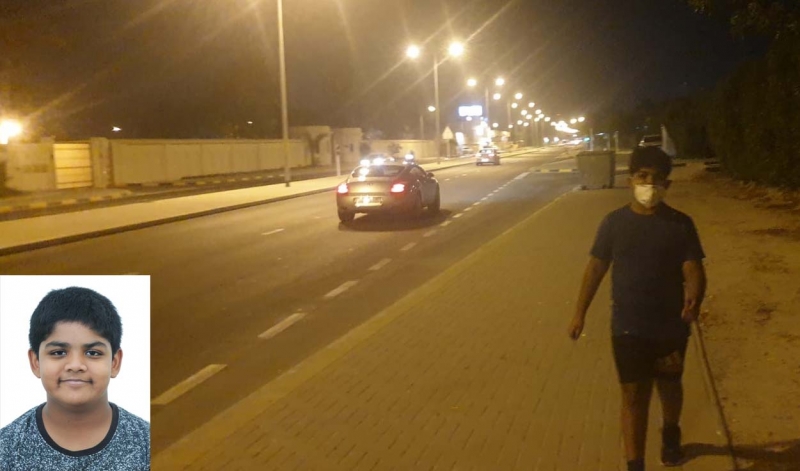 An 11-year-old school student is raising donations for the “Feena Khair” (There is Good in Us) national campaign, as the country continues to battle the coronavirus (COVID-19). Aditya Jithesh, a seventh-grader at St. Christopher’s School Bahrain who hails from India, walked a total of 140km over 20 days.

From the northernmost point to the southernmost tip, Bahrain stretches over 48 kilometres; Aditya has walked enough to have covered the length of the country from one end to another at least thrice.

He created a campaign called “Adi’s Walk Fund” to support the national efforts to combat COVID-19. Following the closure of schools, Aditya started walking as part of his daily fitness routine.

Starting on April 24, he has walked an average of 7.2km per day and to date has covered 140.26km. For every kilometre he walks, he is raising a contribution of 50 fils from his supporters. So far, more than 25 people have promised to donate to Aditya’s effort.

Aditya told TDT that the flood of donations was “very exciting and encouraging”. He is supported by his proud parents, his mother Dr Rajeshwari who is a specialist dentist and father Jithesh Gopi who is the SICO Bank investments head.

“I can keep walking because of the care and support from my family and parents’ friends,” said Aditya. “We were initially sceptical about Aditya being able to complete his undertaking,” said his father Gopi. “But now, a couple of his mother’s friends are encouraging him to keep going.”

Not only has he kept his word, but he is also currently considering starting another round of “Adi’s Walk Fund”. Aditya and his brother Arjun Jithesh, seven, have decided to contribute BD20 each to the cause from their pocket money savings.

Additionally, their parents want to pitch in too. So far, they have collected around BD150. From day one, Aditya has kept his supporters updated with his progress through a WhatsApp group.

They, in turn, have kept him motivated with words of encouragement, asking him to keep on walking and shining. On the last day of his campaign, he has promised to send out his compiled final status to all his supporters, along with