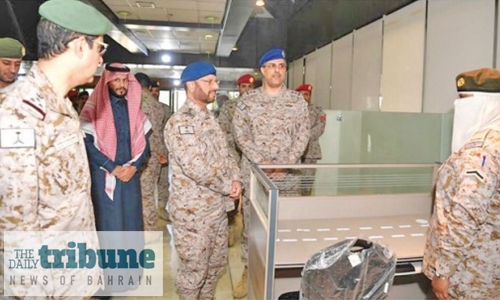 The director general of admission and enlistment, Maj Gen Imad Al Aidan, explained the regulations of acceptance, and allocated locations where the female staff will be stationed.

The initiative is the first to allow women to climb the ladder towards senior ranks. Former Shura Council member Haya Al Muni’I previously told Asharq Al Awsat that these new laws support women’s rights and capabilities in the Kingdom’s military. “Naturally, they will enter a new sphere of work.

It’s a reflection of a national belief in the equality between women and men,” she said. The initiative is part of Saudi Arabia’s Vision 2030 Programme, pushing for the empowerment of women and giving them more leadership positions, and highlighting the significance of their involvement across different fields.