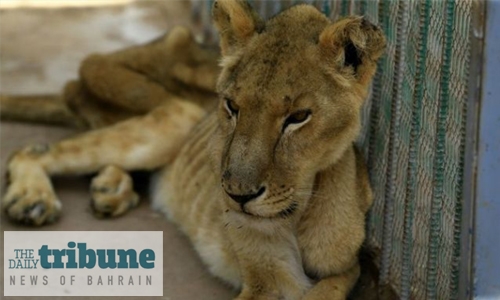 One of five sick and malnourished lions held at a park in the Sudanese capital died yesterday, an official said, amid a growing online campaign to save the animals.

“One of the two sick lionesses died today... Yesterday the doctor gave the two some medicines after which they were given food,” Hajjar said.

“One recovered but the other died. We are now diagnosing the cause of death.” Park officials said the conditions of the five creatures had deteriorated in recent weeks, with some losing almost twothirds of their body weight.

The five lions suffered from a shortage of food and medicine for weeks, the officials said. Hajjar said on Sunday that park officials often paid for food for the lions with their own money.