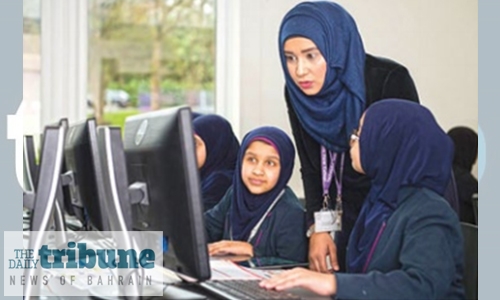 The participation of women in the private sector has grown by 15pc in the past three years, according to figures from the Ministry of Labour and Social Development.  The ministry stated that concentrated efforts were placed to empower women and to ensure their employment.

“Female employment in government sector is even higher, it has crossed 50 per cent,” a ministry official said.   Bahrainis also make up 40 per cent of the national workforce and even reach 80pc in education and health services. The ministry has also surveyed more than 5,000 Bahraini women who opted to work as part-timers, ever since the streamlined scheme was launched in the year 2015.

According to the ministry’s statistics, Bahraini women also make 50pc of the overall newcomers who are employed for the first time in the private sector. They also account for 70pc of work opportunities, which are provided by the ministry to female job-seekers through employment vacancy bank. The ministry has also trained over 6,000 job-seekers from September 2017 to September 2019 — of whom 78pc of job-seekers are females.

A tribute was paid to Bahraini women in recognition to their achievements and dedication in serving the nation and building its bright future, on December 1, last year, marking Bahraini Women’s Day. “I would like to express my sincere thanks and deep appreciation to every Bahraini woman who spares not efforts to serve her country, community and family,” said Her Royal Highness Princess Sabeeka bint Ibrahim Al Khalifa, Wife of His Majesty the King and President of the Supreme Council for Women (SCW).

She stressed the importance of this national occasion, which was launched by His Majesty the King 11 years ago, thus becoming an official celebration among other national days. The annual anniversary is being celebrated in tribute to Bahraini women in all walks of life – as mothers, educators, partners in national development and achievers in all productive sectors, dedicated more than ever to serving the nation and contributing to its progress and prosperity.

She commended all state institutions for activating programmes in the field of higher education and future sciences,  praising women’s academic achievements which entitled them to hold leading positions, obtain high degrees and gain membership in international centres. She lauded Bahraini women’s growing interest in the fields of future sciences and contribution to supporting Bahrain’s  digital transformation and knowledge-based economy.