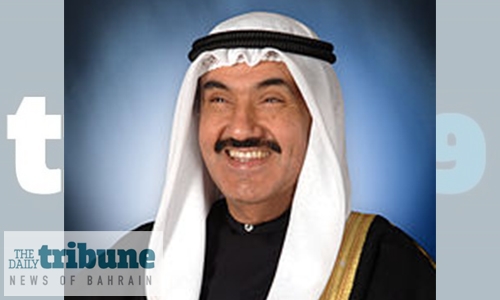 Dr Shaikh Ahmed Nasser Al-Mohammed praised the tremendous efforts exerted by Dr Al Zayani throughout his tenure as GCC Secretary-General, recalling with pride his unwavering and commendable efforts to develop the GCC Secretariat-General at all levels so as to enable the GCC to achieve the goals of its noble mission of enhancing its joint action, as well as to meet the aspirations of GCC people for strengthening the pillars of security and peace across the region.

Dr Al Zayani valued highly the remarkable role played by the State of Kuwait to consolidate security in the region, in addition to its support for strengthening GCC action to be able to confront challenges faced by the region and its peoples. He lauded Kuwait’s leading role at various international gatherings, as well as the prestigious status it enjoys at the global level.

Dr Abdullatif Al Zayani, who has been appointed the country’s new foreign minister, has had successful careers as a technocrat, academician and a diplomat. Dr Al Zayani became Secretary-General of the GCC on April 1, 2011.

Prior to his appointment, he was advisor at the Ministry of Foreign Affairs with the rank of Minister, chairman of the Joint Steering Committee between Bahrain and the United Kingdom and chairman of the ministry’s Development and Regulation committee.