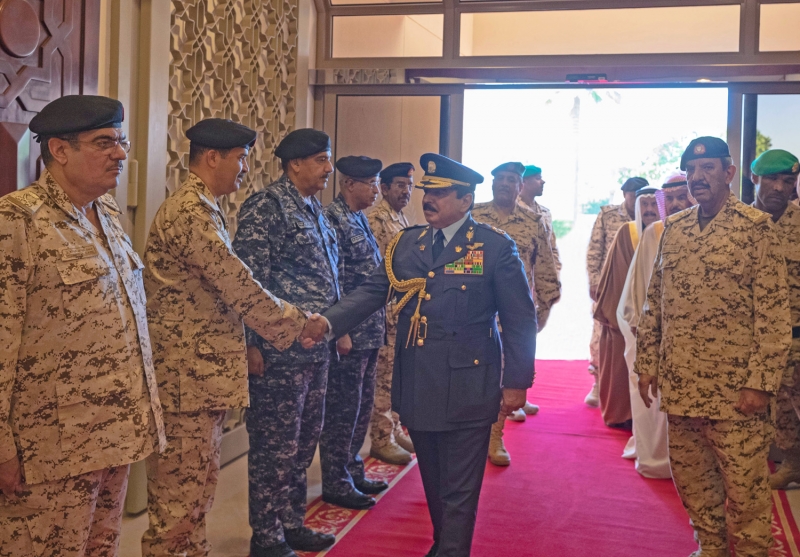 While receiving a briefing about the BDF’s development plans, HM the King expressed pride in the BDF and its brave personnel, stressing that BDF affiliates enjoy his great appreciation, and are always a source of pride for Bahrain and its people.

HM King Hamad extended thanks to all BDF personnel for their patriotic efforts of safeguarding the gains and achievements of Bahrain and its people, as well as for their constant vigilance and readiness to carry out their duties, in light of the rapidly unfolding developments in the region.

HM the King affirmed that Bahrain always hopes that security and peace prevail in the region and the entire world.

HM the King, the Supreme Commander, wished all BDF servicemen continuous success in carrying out their noble His Majesty being received at the BDF General Command. duties.