Lawyer jailed for ‘forgery’ | THE DAILY TRIBUNE | KINGDOM OF BAHRAIN 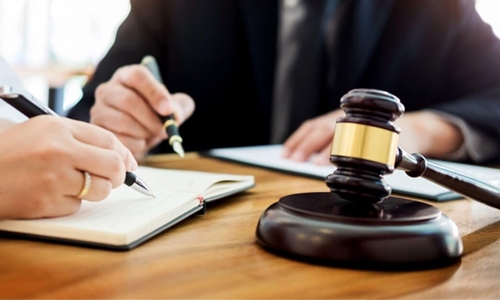 The High Criminal Court has sentenced a young lawyer to one year behind bars for embezzlement.  The defendant was tried over accusations of embezzling BD400 from a client who paid the money to file a case. The lawyer justified his offence by stating that his client was annoying that he was pressuring him to file the case after he handed him the money.

He admitted to pocketing the money, spending the amount on buying some necessities.  “I didn’t file the case for my client,” he told prosecutors, adding: “I forged a court receipt and I sent it to him to make him believe that I submitted his case before the Civil Court.”

The plaintiff lodged a complaint against the lawyer after he discovered that he was lying. “I found out that the receipt was issued to someone else after I cross-checked the information written on it,” the plaintiff stated.