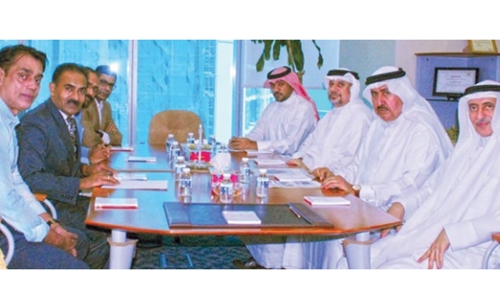 The Indian Club yesterday stressed its commitment to the Kingdom’s laws and regulations after a group of lawmakers criticised it for reportedly hosting a jobs fair for expatriates. The Mega Free Job Fair 2019 was organised by Bahrain Tamils Unarvalargal Sangam (BTUS) at the club premises on Friday. Speaking to Tribune, Indian Club President Stalin Joseph said that the club’s 104-year’s history proves its commitment to Bahraini values and laws.

“We were totally misguided and the club has nothing to do with the jobs fair. We apologise for whatever has happened. It is quite unfortunate that we couldn’t confirm whether the organisers had received permission from the Labour Market Regulatory Authority and other offices concerned before conducting such an event. “We lease out our premises to so many expatriate associations and event management companies for conducting events related to Indian diaspora in the Kingdom.

“Unfortunately, I was out of the country when this happened while other club officials were under the impression that the organisers would have taken all relevant approvals from the part of authorities concerned before conducting the event.” Club executive committee members led by Mr Joseph yesterday affirmed its commitment to the Kingdom’s laws and regulations as they met senior Labour Ministry officials.

“The officials were informed about as to what happened in reality,” Mr Joseph said. “We will be extremely careful henceforth while renting out our premises to third parties for conducting any event.” Mr Joseph thanked the ministry officials for “their kind understanding of the matter”. He also thanked the Kingdom’s leadership for the great support the club has received since its inception over 100 years ago. Mr Joseph slammed attempts to tarnish the image of the club “by some people with vested interests”. “The club has been serving a pillar of ties between Bahrain and India and its credibility remains intact,” he pointed out.