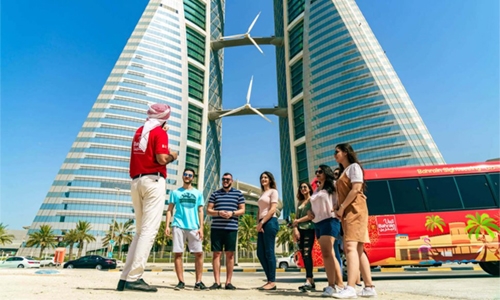 Bahrain is aiming a 50 per cent jump in tourist arrival from India, with the Kingdom fast rising as a wedding spot for Indians, a top Bahraini official has said.

During a roadshow held in the India state of Kolkata, Country Manager of Bahrain Tourism & Exhibitions Authority Sunil Mathapati said the Kingdom is expecting to host tourists from West Bengal during the Durga Puja, the biggest festival of the state.

“We have witnessed a growth of 43 per cent in tourist arrivals from India in 2018 and we are aiming to increase it by 50-56 per cent by this yearend,” Mathapati said. While the travel time between Kolkata and Bahrain is now six hours, with two airlines having stop-overs, efforts are on to cut down the travel time, the tourism official from Bahrain said. “We have proposed a direct flight from here by Gulf Air which will reduce the air time to four hours and improve connectivity,” Mathapati said.

Asked if it would not be too late to hard sell Bahrain to Bengalis planning vacations during the Durga Puja festival this year, Mathapati said, “I think people are still open for a new place, to try new destinations even at this hour.” “We would like to call people in Bahrain from Kolkata for involvement in some activity, dance, food festival and likewise.

That should be starting from October,” he said. Bahrain has various tourist offerings such as Bahrain Fort, Al Fateh Grand Mosque, Riffa Fort, Old Houses of Muharraq, Gravity skydiving and lots of water sports. Bahrain is also becoming a wedding destination for Indians, he said adding that 18 weddings from the country had been hosted in the Gulf nation between September and March this year.

Ten more, including one from Kolkata, are also lined up from September till January, he said. Though the tourist season in Bahrain is throughout the year, the peak time is from September to May, Mathapati said.

Metro on the right track