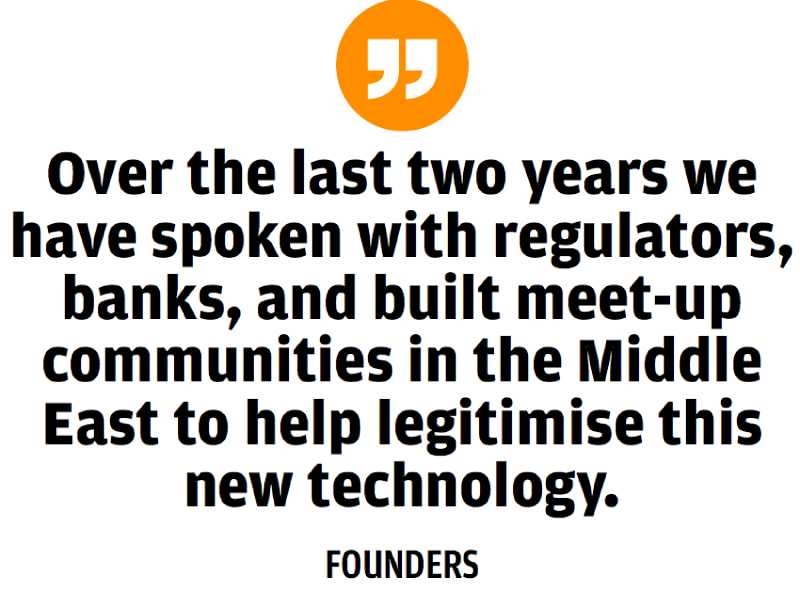 The exchange has already opened its waiting list on its website after spending a year in Central Bank of Bahrain’s regulatory sandbox. The exchange will facilitate the purchase, sale, and storage of crypto-currencies. Rain, founded in 2016 by four entrepreneurs – Yehia Badawy, Abdullah Almoaiqel, AJ Nelson and Joseph Dallaga, is backed by big names in the industry including Bitcoin core developer Jimmy Song and Cumberland Mining founder Mike Komaransky.

According to Rain founders, it is still very hard to obtain digital currency in the Middle East and Rain aims to solve this issue. “The ‘Rain’ team was united by the belief that Bitcoin (and other digital currencies) will lead to a financial system that is fast, inexpensive, and accessible to everyone. “We hail from the digital currency industry having spent time at Abra, BitGulf, Bitquick, Digital Cotton, Glidera, and Kraken.

In order for Bitcoin and digital currencies to reach mainstream adoption, the industry needs exchanges all around the world to provide access to the network. “Through our research, we found many companies serving this function around the world; however, it became clear the Middle East was underserved,” the founders stated.

Plans to boost SME exports on the anvil