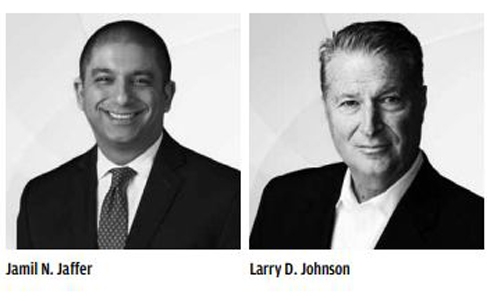 The Gulf Cooperation Council (GCC) nations should form a cyber-security alliance unit to tackle threats faced by the region, a recommendation by the global experts say which also warns about Iran’s active cyber role in the region as well as outside the region. Regional countries may need to exert greater collaboration efforts to fight off the increasing cyber threats from adversaries from the region, two former US white house officials said.

According to them, coming together to ensure cybersecurity is necessary to counter the threats facing the region. The duo was in Bahrain to take part in a technology conference here. “You have major cyber players in the region including Iran that is very active in this region and are looking to target nation-states in this region as well as outside the region. So that creates a common threat basis that countries can come together and work together to defend against,” Vice President for Partnerships & Strategy at IronNet Cybersecurity Jamil N. Jaffer told the Tribune.

“I think nations in this region can collaborate together in cyberspace much the same way the region has come together to confront common threats in the region,” he said highlighting the importance of Bahrain’s new AWS hub and the Kingdom’s prominence in the financial technology arena. Bahrain, according to him, could play a leadership role working with Saudi Arabia, Kuwait, UAE to really bring the region together to a cyber defence alliance.

Explaining further the need to bring together governments and private industry together, he pointed that the alliance thus formed could share or build relationships with countries in the West like the United States Canada the UK that share common threats in the region. The region, he stressed is changing demographically and economically and is “increasingly becoming less resource-based and more technology focused as the region diversifies away from its traditional economic base.” This, N. Jaffer said, also means that cyber threats are becoming more and more prevalent in this region. Larry D. Johnson who worked two decades as a US Secret Service Special Agent said the cybersecurity community in Bahrain needs to come together.

“In the United States we have started a non-profit organization which brings together a community, the community brings ideas whether it’s ideas about the best products to use or how to solve problems and security operations, it’s really very infectious. I think in a region like this, that sort of initiatives will make a difference, sharing of information is very powerful. I think this is something that Bahrain can look into,” he said.

A pageant for a cause