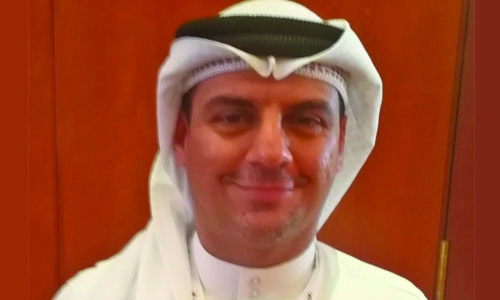 Manama : Healthcare is one of the sectors that could immensely benefit from implementing block-chain technology, an expert said.

Bahrain’s healthcare sector should look toward blockchain as a source of improvement in how it stores and manages patients data. The technology could improve the sectors in many ways, helping both the healthcare institutions and the patients, Blockchain expert Fawaz Shakrallah told DT News.

“It is very impressive what the Gulf region, especially the UAE, is doing to implement blockchain within the government. Bahrain is still in the early stages when it comes to learning from the technology and how it can be implemented. We can look at what Dubai is doing and we can definitely implement some cases here in Bahrain and benefit the citizens and residents, “ he said.

“We can target the financial sector, even for existing banks and existing financial institutions,” he said, adding “We can implement it in the healthcare sector with the Ministry of Health to consolidate and store patient’s record on the blockchain. This would make it more accurate and more effective in storing the data,” he added.

He said that the use of blockchain in healthcare will add more security and interoperability of health data. One of the uses of the technology in the industry would be that it would allow a patients’ entire history of medical records from various medical providers to be stored in a common location. The patient can then easily grant access to their entire medical history to a new doctor. The blockchain will also eliminate the costs of intermediaries.  A 2017 study IBM found that 16 per cent of surveyed healthcare executives intended to use blockchain in 2017 and 56pc expected to by 2020

He said that Bahrain can also implement a blockchain based payments platform to provide the government with quicker reconciliation and settlement. Currently, the reconciliation of transactions between various government entities and banks and the nations payment gateway takes several weeks but a blockchain solution could make reconciliation much faster, he said. “Typically any transactions you do online, there is a settlement back in operation that has to confirm the numbers tally up with the various different entities. So this takes a lot of back-end work. In the world of the blockchain, the settlement part can clear much faster,” he said.

Bahrain all set for sports conference