Trial of Ali Salman, others postponed to December 28 | THE DAILY TRIBUNE | KINGDOM OF BAHRAIN 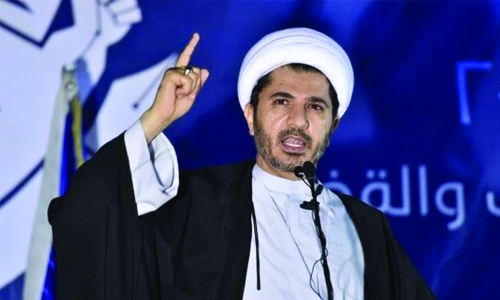 Trial of Ali Salman, others postponed to December 28

The three accused are facing charges of intelligence links with the State of Qatar.  They were referred by the Public Prosecutor to the court for intelligence contacts with a foreign state to carry out subversive acts against the Kingdom of Bahrain in order to undermine its political and economic status and its national interests and topple the regime.

They were also charged with revealing defence secrets to a foreign country, accepting money from a foreign state for divulging military secrets and information pertaining to the internal situation, and disseminating false information and allegations abroad in order to weaken financial trust in the Kingdom and undermine its prestige.

The session was held in public as stipulated by the law, and the first suspect Ali Salman attended it alongside four of his lawyers. The second and third suspects are being tried in absentia after they fled the country. The court decided to postpone the trial to December 28.

Throwing road safety to the winds in Bahrain