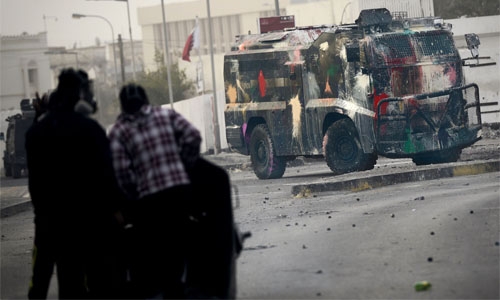 Manama : Several Arab countries have condemned the terror bombing at Budaiya Street in Daih that targeted policemen during the Ashoora procession on Monday.

Reiterating Saudi support to Bahrain against all acts of terrorism aimed at subverting its security and stability, an official source at the Saudi Foreign Ministry said that it codemned the bombing that aimed at intimidating the people.

The Egyptian Foreign Ministry in its statement carried by Middle East News Agency deplored the bombing and expressed the Egyptian government’s condolences to the relatives of the victims. It reiterated Egypt’s firm stance with the Kingdom in confronting all forms of violence and terrorism.

The ministry also expressed its confidence in the capability of Bahrain’s government and people to overcome such incidents aimed at terrifying innocent people and undermine the security and stability of communities.

“The UAE rejects all forms of violence and terrorism”, said the Emirate’s Ministry of Foreign Affairs reiterating its strong support for the Kingdom.

“Such cowardly acts of terrorism would not undermine the determination of the Bahraini people and their resolve to confront terrorism which has no religion or morals,” it said urging the international community to fight terrorism.

Switching to e-cigs would delay millions of deaths