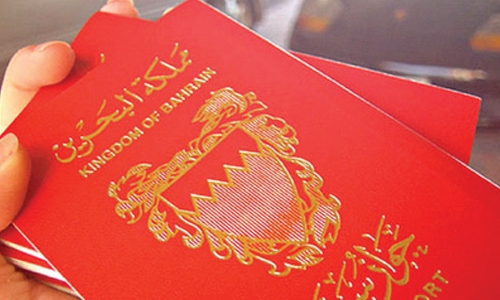 Manama : Several Bahraini rights activists are planning to begin a campaign calling for equal status for Bahraini fathers and mothers in terms of the right to grant Bahraini citizenship to their children.

According to a statement issued by Bahrain Human Rights Watch Society (BHRWS), the campaign will be launched by next week, simultaneously with the commencement of the last session of the current legislative term.

The timing of the campaign is believed to be an attempt to apply pressure on the legislators to pass a legislation that allows Bahraini mothers to grant the citizenship to their children and shed light on the issue, after they had recently rejected it.

According to the Society’s statement, the campaign comes under the slogan “My Family Deserves It” and is aiming to “support and strengthen the community’s demand to amend the Bahrain Nationality Law and to ensure an integrated solution to cases affected by the current law”.

“A Bahraini woman married to a non-citizen should have an equal right to transfer her nationality to her children in the same manner as a Bahraini man who is allowed by law to grant his nationality to his children from a foreign wife in accordance with article 18 of the Constitution, which stipulates gender equality in rights and duties, as well as the Convention on the Elimination of all Forms of Discrimination Against Women (CEDAW),” BHRWS said in its statement.

DT News reported last May that the Foreign Affairs, Defence and National Security Committee in the House of Representatives rejected a proposal that grants the Bahraini citizenship to the children of Bahraini women married to foreigners.