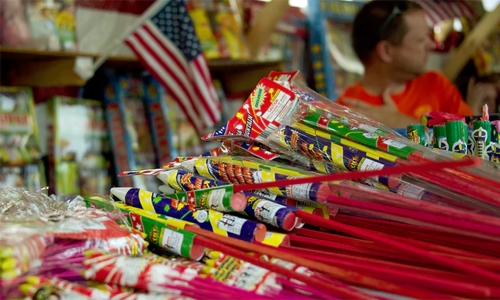 According to a statement by the General Director of Muharraq Governorate Police, the suspect was arrested, based on a tip-off, with around 900 packets of firecrackers.

The statement also said that the arrestee was exploiting his health condition to traffic firecrackers through King Fahd Causeway. Legal proceedings are being taken to refer the case to the Public Prosecution.

As per article 2 of law 16 of 1976 on firecrackers, weapons and ammunition, the penalty for possessing firecrackers is a jail term of two to five years and a fine between BD50 to BD200.