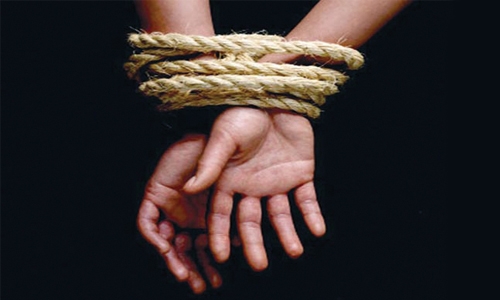 Witnesses to give evidence in abduction case

Manama : The prosecution witnesses will give evidence tomorrow in the trial of a security man, who allegedly kidnapped three Thai women and robbed their mobile phones.

The case was reported to the police by the kidnapped trio’s friend, who told officers that they had disappeared after leaving the hotel, where they had been staying.

After reviewing the cameras installed in the hotel, it was found that the defendant was closely following the women, who left the hotel and hired a cab.

The footage showed that the 25-year-old accused  had talked to the women before a black car arrived, and all of them entered the car.

The women showed up after a while, and police officers spotted one of them with injuries to her face, according to the court documents.

“He told us that he would give us a ride. But he took us to an unknown place and robbed our phones and cash. We were so scared that two of us jumped off the car in order to flee from him,” the injured woman told police officers.

The Thai women identified the accused through a photo line-up. He was charged with kidnap and robbery.