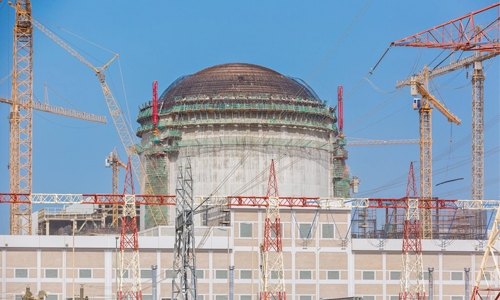 Manama : As the electricity demands in Bahrain and the region keeps rising, nuclear plants could be a very useful form of power supply, a research stated.

However, according to researchers, its high installation cost is proving to be a major obstacle for the GCC countries.

Sustained increases in electricity demand in tandem with continuing demographic growth have prompted many MENA states to consider alternative sources of power generation, including nuclear energy.

Fiscal pressure is the biggest obstacle in setting up nuclear power plants, according to the report.

“Fiscal constraints are one of the major barriers to progress, and the expectation is that nuclear power will account for only 3 per cent of Middle East electricity generating capacity by 2040,” Apicorp stated.

The report noted that though the nuclear power plants requires high upfront capital, they are cheaper in terms of operational and fuel costs over their lifetime - typically 50 years - when compared to oil and gas powered plants.

Several factors including carbon footprint reduction and cost competitiveness make the nuclear option attractive, as per the report.

However, the report added that countries with ambitions to build nuclear power plants will need to find funding, attract human capital and put in place clear and stable regulatory frameworks.

“Governments will need to prove to the global community that their nuclear programmes are peaceful and ensure public acceptance of their programmes. Public acceptance in the region is generally higher than that in Europe,” the report added.