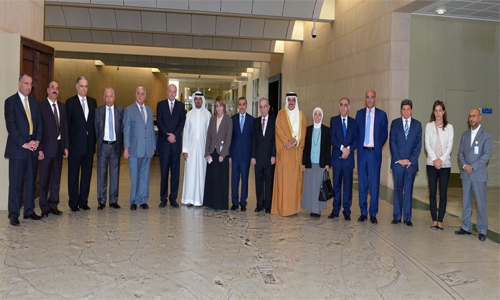 Manama : A delegation from the Jordanian Senate, led by Faisal Akef Fayez, visited today Bahrain National Museum, in the presence of the Jordanian ambassador to Bahrain and Shura Council members.

The delegation was welcomed on arrival by representatives from Bahrain Authority for Culture and Antiquities (BACA) who presented a briefing on the museum's history and content.

The delegation toured the museum's sections and got informed about the artefacts there which relate the history and civilisations that go back to more than 4000 years BC. They were also briefed about the Bahraini customs and traditions.

The Jordanian delegation praised the artefacts kept in the museum which testify to Bahrain's rich and authentic heritage, lauding strong relations between Bahrain and Jordan.