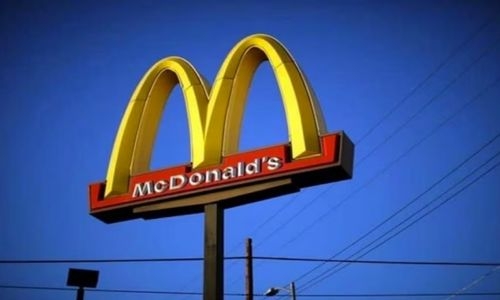 ‘World’s worst’ McDonald’s to shut down

After nearly 40 years of operations, a McDonald's outlet in Canada, dubbed as the 'world's worst,' is shutting its doors. Located in Ottawa, Canada, the infamous eatery made headlines for multiple reasons including raccoon fights, violent outbursts and brawls.

The restaurant was reportedly responsible for 800 police call outs in one year, according to a report by Mirror UK. The report further revealed that the decision was down to lease issues -- as the franchise did not renew its lease and therefore the restaurant will close in April.

The branch, which opened in 1985, went viral back in 2013 after a huge brawl, when a man was seen pulling a baby racoon out of his clothing during a brawl.

Similarly, another video featuring a massive brawl went all over the internet in the year 2015.

In 2018, another clip dubbed "Legendary Rideau McDonald's" gained overnight fame after three men were filmed beating each other with floor signs, British tabloid The Sun highlighted, adding that in 2018 alone, hundreds of emergency calls were made to police due to fights and unsavoury customers.

After several incidents, the restaurant's opening hours reduced from 24 hours to 6am to 10pm, the Mirror UK report stated.

It further added that the building owner Peter Crosthwaite says the decision "wasn't just down to violence."

He highlighted how the city tore up Rideau Street to add a subway and then re-tore it to further enhance it. In addition to this, frequent freedom rallies and the ongoing COVID-19 pandemic have also added to the upheavals that hamper the restaurant’s operation in the area.

“They are a pretty dynamic organisation, they have the right to look at different spots and maybe they felt the time was right. But there are maybe things that made it seem more right than usual,” he added.

The restaurant will officially close its doors in April 2023.