Monday is the worst day of the week, declares Guinness World Records | THE DAILY TRIBUNE | KINGDOM OF BAHRAIN 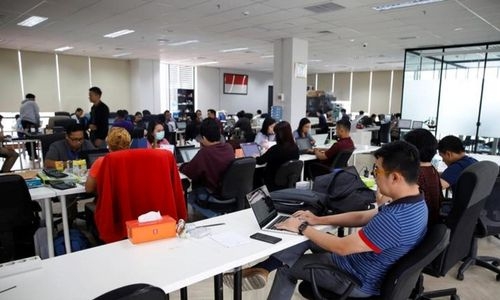 Monday is the worst day of the week, declares Guinness World Records

If you are among a large majority of people who have trouble finding your regular tempo at work on a Monday, you are not alone.

Suffering from Monday Blues is a common phenomenon. It is described as a feeling of dread at the start of the work week.

Now, Monday Blues has been given official recognition. The Guinness World Records has declared Monday as the worst day of the week.

"We're officially giving Monday the record of the worst day of the week," Guinness World Records said on its official Twitter handle on Monday.

Scores of people expressed their sentiments on Twitter. Netizens were happy that finally their predicament was recognized.

“I take Mondays off just for this reason,” commented a Twitter user.

“I stand for this. Monday deserves it,” responded another user.

“Petition for Mondays to be banned so after the next Monday it will be Tuesday, we ban that also because it following Sunday,” commented a user.

The Monday blues refer to the lethargy that people feel when return to work after their weekend break.

The feeling wears off as the week progresses and motivation is at its highest point closer to the weekend.