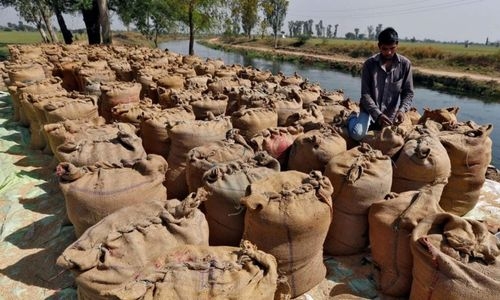 India is considering allowing the overseas shipment of some rice cargoes stuck at ports after the world's biggest exporter of the grain imposed restrictions earlier this month, a government official said on Wednesday on the condition of anonymity.

To boost local supplies and calm prices after below-average monsoon rainfall curtailed planting, India banned exports of broken rice and imposed a 20% duty on various other export types on September 8. India's move to curb rice exports trapped around one million tonnes of grain at ports. Indian exporters have requested the government permission to ship 100% broken rice piled at ports since New Delhi banned overseas shipments of this grade.

Exporters have also requested government authorization to ship white rice stocks lying at ports without the 20% export tax, as buyers are not willing to pay the extra cost.

"We are examining it," the source said in response to a question about traders' requests to the government.

At least 20 ships are waiting to load around 600,000 tonnes of rice at the ports after being trapped for nearly a fortnight, forcing sellers to pay demurrage charges, industry officials told Reuters this week.

Another 400,000 tonnes of rice are stuck at port warehouses and container freight stations even though contracts are backed by letters of credit, an industry leader said.

The stuck broken rice shipments were heading to China, Senegal and Djibouti, while other grades of white rice were bought by buyers in Benin, Sri Lanka and Turkey. India's rice exports could fall by around a quarter this year as New Delhi's restrictions force buyers to switch to rival suppliers.

India's Ministry of Agriculture & Farmers' Welfare on Wednesday said the country's summer-sown rice output is expected to fall six per cent in the 2022-23 crop year, as patchy monsoon rains in the country's east hit planting and crop yields.