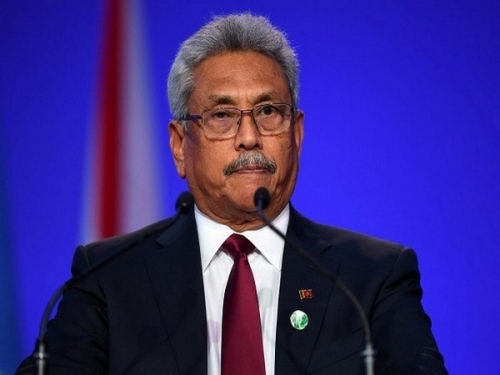 The former president of Sri Lanka who fled the island nation in July, amid mass protests demanding his resignation, is awaiting to obtain a US green card to return to the United States along with his wife and son, a media report said.

The former Sri Lankan ambassador to Russia, Udayanga Weeratunga, who is also related to Rajapaksa, hinted that the latter was all set to come back to the island nation on August 24, cancelling his initial plan to remain in Thailand till at least November. The Sri Lankan newspaper, Daily Mirror, verified this, citing sources.

Citing highly-placed sources, the newspaper also stated that last month, Rajapaksa's lawyers in the United States had already begun with the procedures for his application to obtain a green card, as he was eligible to apply due to his wife Ioma Rajapaksa being a US citizen. His lawyers will also submit additional documents to the concerned authorities.

Upon his arrival in Bangkok, the Thai police had advised the former Sri Lankan president to remain indoors for security reasons whereas, on his arrival in Sri Lanka later this month, the cabinet will discuss providing Rajapaksa a state house, as well as security.

He arrived in Thailand on the evening of August 11, following his departure from Singapore after a month-long stay.

Thailand was the second Southeast Asian country (after the Maldives) where Rajapaksa sought temporary shelter, after fleeing his island nation last month amidst mass protests. He was issued a 14-day visit pass when he arrived at the Changi Airport in Singapore.

Gotabaya Rajapaksa, 73, had gone into hiding after crowds of protesters stormed his residence on July 9, after which Ranil Wickremesinghe was sworn in as the President of Sri Lanka on July 21, in the Parliament.

Sri Lanka continues to face a severe shortage of fuel and other essential supplies, as it grapples with its worst-ever economic crisis since its independence. The oil supply shortage has forced schools and government offices to close until further notice.

The people of the island nation now eagerly await the International Monetary Fund (IMF) to aid them with a bailout package.