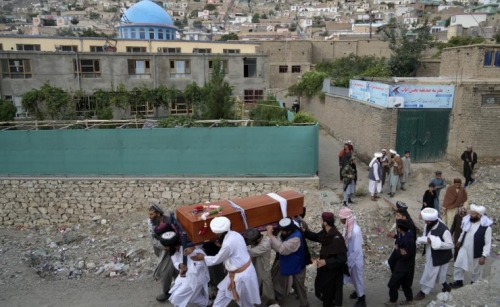 A bombing at a mosque in the Afghan capital of Kabul during evening prayers on Wednesday killed at least 10 people, including a prominent scholar, and wounded at least 27, an eyewitness and police said.

There was no immediate claim of responsibility for the attack.

Several children were reported to be among the wounded.

According to the eyewitness, a resident of the city’s Kher Khanna neighborhood where the Siddiquiya Mosque was targeted, the explosion was carried out by a suicide bomber. The slain religious figure was Mullah Amir Mohammad Kabuli, the eyewitness said.

He added that more than 30 other people were wounded. The Italian Emergency hospital in Kabul said that at least 27 wounded civilians, including five children, were brought there from the site of the bomb blast, the Associated Press (AP) reported.