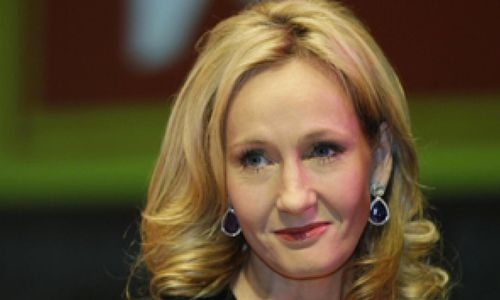 Author JK Rowling recently received a public threat from a Twitter user following her denunciation of the recent attack on fellow British author Salman Rushdie. According to Deadline, the Harry Potter creator had shared a social media post expressing her horror at the attempt on Rushdie's life.

"Horrifying news. Feeling very sick right now. Let him be ok," Rowling wrote on Friday. It was following this when one responder threatened her harm. A user by the name of Meer Asif Aziz, who goes as 'student, social activist, political activist and research activist' on Twitter, responded by writing, "Don't worry you are next."

After the threat, Rowling publicly asked Twitter to intervene. She asked @TwitterSupport, "Any chance of some support?" but Aziz's post currently remains in place.

The author has confirmed that the police were now involved, telling followers: "To all sending supportive messages: thank you. Police are involved (were already involved on other threats)."

Warner Bros. Discovery has also issued a statement condemning the threat to Rowling. It read, "Warner Bros. Discovery strongly condemns the threats made against JK Rowling. We stand with her and all the authors, storytellers and creators who bravely express their creativity and opinions. WBD believes in freedom of expression, peaceful discourse and supporting those who offer their views in the public arena."

As per Deadline, the statement continued, "Our thoughts are with Sir Salman Rushdie and his family following the senseless act of violence in New York. The company strongly condemns any form of threat, violence or intimidation when opinions, beliefs and thoughts might differ."

It said the author suffered an apparent stab wound to the neck and was transported by helicopter to an area hospital. He has now been taken off the ventilator. The suspect who attacked him has been taken into custody.