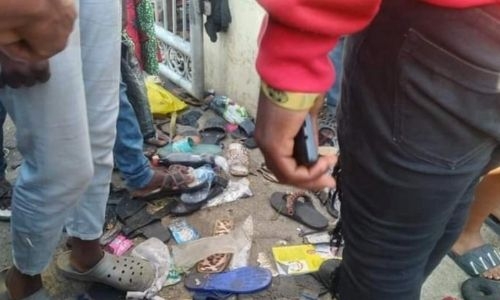 A stampede Saturday at a church charity sale in southern Nigeria left at least 31 people dead, police told The Associated Press, a shocking development at an event that organisers said aimed to “offer hope” to the needy.

The stampede at the programme organised by the Kings Assembly church in Rivers state involved many people who were seeking assistance, according to Grace Iringe-Koko, a police spokesperson in the state.

Many of the victims came to benefit from an annual “Shop for Free” charity programme organised by the church. Such events are common in Nigeria, Africa’s largest economy, where more than 80 million people live in poverty, according to government statistics.

Saturday’s charity programme was supposed to begin at 9am but dozens arrived as early as 5am to secure their place in line. Iringe-Koko said. Somehow they broke open the locked gate, she said, noting that in addition to the deaths, seven other people were injured but “responding to treatment.”

Videos from the scene showed the clothing and shoes meant for the beneficiaries. Doctors and emergency workers treated some of the injured as they lay in the open field. The “Shop for Free” event was suspended while authorities investigated how the stampede occurred.