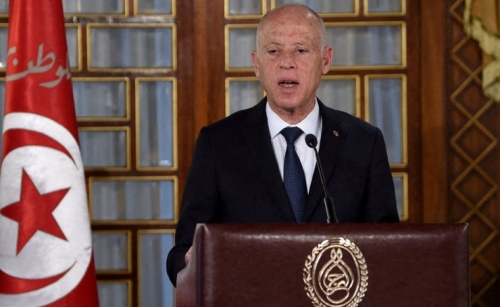 Tunisian President Kais Saied issued a decree to call voters to a referendum on a new constitution on July 25, the official gazette said.

The main political parties have said they will boycott the unilateral restructuring of politics.

The powerful UGTT union also refused to take part in a limited dialog proposed by the president as he rewrites the constitution. The union said it would hold a national strike at state firms and public services.

Belaid said earlier on Wednesday he would go ahead with whomever participates in the panel after prominent academics refused to join it, raising fears the restructuring of the political system would not have a broad consensus.

The only question on the referendum will be: "Do you agree with the new constitution?" the gazette said.

Saied, who took executive power and dissolved parliament to rule by decree, has since said he will replace the democratic 2014 constitution with a new constitution via referendum and hold new parliamentary elections in December.