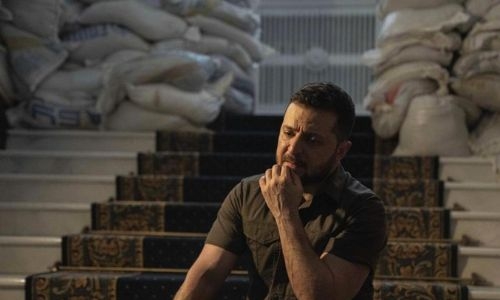 Ukraine’s Volodymyr Zelensky is calling for more unity among EU countries in terms of sanctions against Russia. “The European Union should be in a united position. They don’t have it with respect to certain sanctions. For those sanctions the European Union introduced, we are thankful to them. However, they have to be thankful to themselves because the role of Russia against Ukraine, it’s a war against the values that Ukraine defends, and these values are the values of the European Union countries,” Zelensky said in an interview with Fox News on Saturday.

He also criticized the United Nations and the UN Security Council for their alleged ineffectiveness in preventing hostilities. “I’m open to saying about that organization [UN], especially on such high level, that it doesn’t work,” Zelensky said.

In contrast, he praised the role of Washington as a strong global leader, particularly in what concerns the anti-Russia sanctions campaign.

“So far, I think that the United States of America is the accelerator of the sanction policies and I think they do more than any other country. And this is the way it should be because they are the most powerful country right now. I see the same support with respect to sanctions from the United Kingdom,” Zelensky said.

On Sunday, US President Joe Biden is expected to attend a virtual G7 meeting chaired by German Chancellor Olaf Scholz. The G7 leaders will be joined by Zelensky and will discuss the latest developments in Russia’s special military operation in Ukraine, the operation’s global impact and the efforts to support Ukraine by imposing severe costs on Russia, according to the White House.

European Commission President Ursula von der Leyen presented the sixth package of sanctions against Russia this past Wednesday, which needs to be unanimously approved by member states to take effect. Among other things, it suggests banning Russian oil imports, which Hungary and Slovakia have repeatedly said they are not ready to do immediately and would request exemptions.

EU ambassadors were given until the end of this week to reach an agreement on issues related to the bloc’s planned oil embargo, EU foreign policy chief Josep Borrell said on Friday.

Afghanistan’s Taliban order women to cover up head to toe