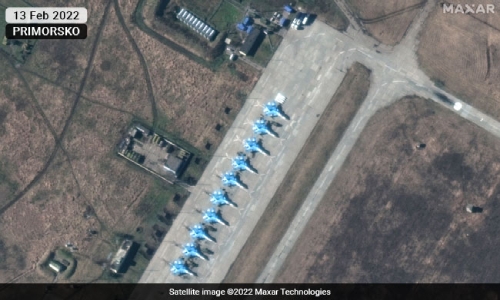 New satellite images of Russian deployment around Ukraine's borders show increased military activity in the past 48 hours. The massive build-up comes amid fears that Russia is about to invade Ukraine.

Maxar's high-resolution satellite images filmed over the past 48 hours show a massive build-up of Russian troops in Belarus, Crimea, and western Russia.

The new activity includes the arrival of several large contingents of troops and attack helicopters. The images also show the deployment of ground attack aircraft and fighter-bomb jets at forwarding locations.

Multiple ground force units have left existing garrisons and can be seen in a convoy formation with other combat units.

The areas where Russia has increased its forces are mostly located in the North and northeast of Ukraine. It also includes a large airbase to the Southeast of Ukraine and in Crimea, which was annexed by Russia in 2014.

On February 10, a large number of troops and equipment were seen at Crimea's Oktyabrskoye airfield.

Efforts to defuse the crisis in Ukraine via a frenzy of telephone diplomacy have so far failed to ease tensions, with US President Joe Biden warning that Russia faces "swift and severe costs" if its troops proceed with an invasion. Several European countries are still in talks with Moscow, making diplomatic efforts to defuse tension.

Western leaders consider the Russian troop build-up to be the worst threat to the continent's security since the Cold War and have prepared a crippling package of economic sanctions in response to any attack on Ukraine -- although Moscow has repeatedly said it has no such plans.

In recent weeks, Ukraine has received planeloads of military aid from NATO country allies to shore up its defences. On Sunday, Ukraine received its first shipment of Stinger anti-aircraft missiles. 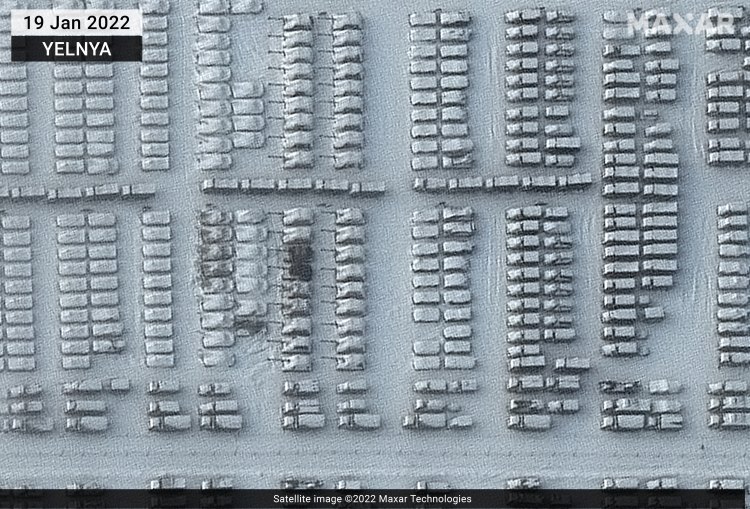 This image from Yelnya shows a large battle group with tanks and armoured personnel carriers on January 19. The picture gives a clear idea of the extent of the build-up. 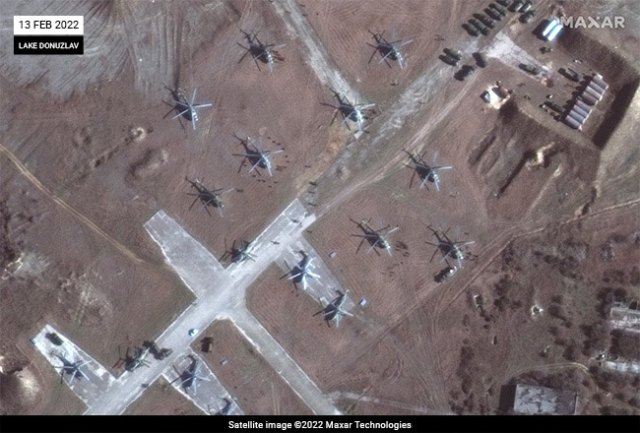 These are images of Russian helicopter deployments along Lake Donuzlav further south. 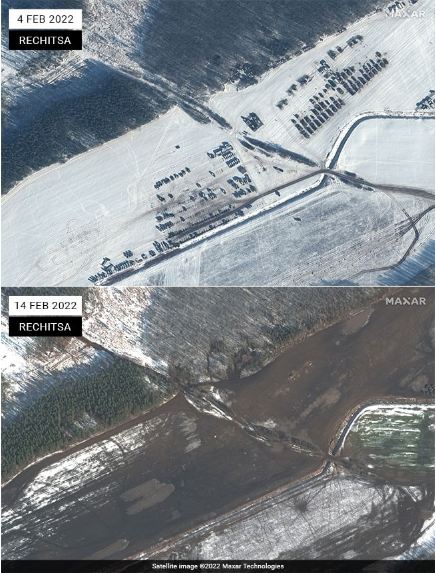 The first image shows troops deployed in Rechista to the North on February 4. But that same location shows these vehicles having moved out on February 14. 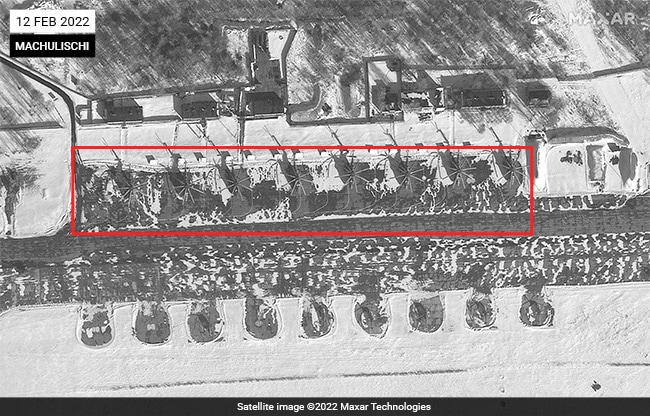