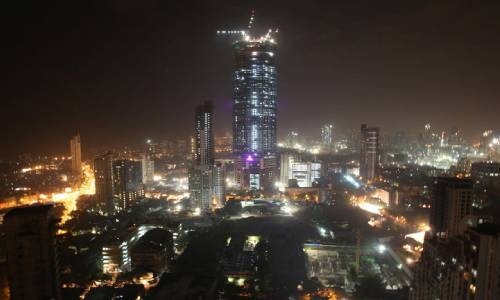 At least six people were killed in a fire that broke out inside a 20-storey residential building in India’s Mumbai city on Saturday.

Another 25 people were injured in the blaze at the Kamla Building in the Gamdevi area of the city, area police chief Rampiyare Rajbhar said.

Mumbai Mayor Kishori Pednekar said the fire was likely caused by an electrical short-circuit and a probe was ordered to determine the exact cause, dpa reported.

Six elderly people needed oxygen support and were moved to nearby hospitals, she told the ANI news agency. The fire "is under control but smoke is huge. All people have been rescued," she added.

Officials said the fire was quelled after nearly three hours of efforts involving fire-service and police personnel and 13 fire engines. Four of the injured were reported to be in a serious condition at hospitals, Rajbhar added.

Visuals on news channels showed massive plumes of smoke filling the sky as flames came out of the building.

According to the residents, the fire started on the 15th floor and spread to the upper floors. More than 90 people escaped from the building or were helped by others.

Deadly fires are common in India and are often made worse by poor safety measures and a lack of fire escapes. The fires are often caused by substandard or ageing electrical material.

In March, 10 people were killed in a fire at a Covid-19 hospital in Mumbai. Two months later, 18 people died in a blaze at a factory in the nearby Pune district.