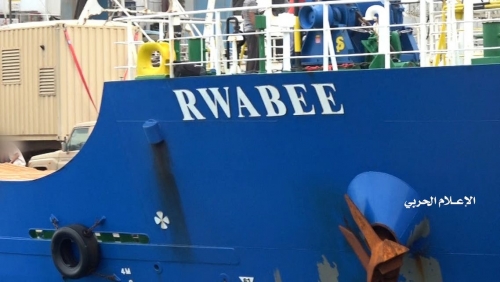 UAE calls for release of ship hijacked by Houthis

The UAE government yesterday called for the release of the ship Rwabee and its crew, which were hijacked by the Iran-backed Houthi militia on January 3.

A letter to the UN Security Council signed by Ambassador Lana Nusseibeh said the ship was carrying medical equipment for a field hospital on Socotra Island.

It added that 11 people of different nationalities are onboard Rwabee.

The letter stated that the Houthis had previously targeted at least 13 commercial ships with explosive-laden boats and mines and had hijacked at least three in the Red Sea.

The UAE delegate emphasised that Houthi piracy raises real concerns for the freedom and security of navigation and international trade in the Red Sea.

Rwabee was hijacked by the Houthis on the night of January 3, 25 nautical miles west of the Yemeni ports of Salif and Hodeidah.

The tracking system onboard the ship was suspended at a distance of 18 nautical miles from Salif port several hours later.

The ship was on its way from Socotra Island in Yemen to the port of Jazan in Saudi Arabia, carrying equipment leased by a Saudi company used in a field hospital on the island, the letter said.

Onboard were seven Indian sailors, an Ethiopian, an Indonesian, a Filipino, and a sailor from Myanmar.

The UAE government said that the acts of “piracy” violate international law and pose a serious threat to the safety of navigation and international trade in the Red Sea.

Bahrain will ‘invest’ in government initiatives