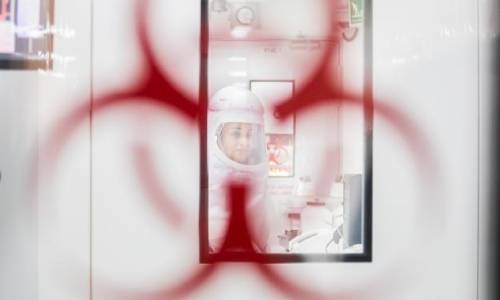 The World Health Organisation yesterday classified the B.1.1.529 variant detected in South Africa as a SARS-CoV-2 “variant of concern,” saying it may spread more quickly than other forms.

Preliminary evidence suggested there is an increased risk of reinfection and there had been a “detrimental change in COVID-19 epidemiology,” it said in a statement after a closed meeting of independent experts who reviewed the data.

Infections in South Africa had risen steeply in recent weeks, coinciding with detection of the variant now designated as omicron, WHO said.

“This variant has a large number of mutations, some of which are concerning. Preliminary evidence suggests an increased risk of reinfection with this variant, as compared to other (variants of concern), it said.

Omicron is the fifth variant to carry such a designation.

“This variant has been detected at faster rates than previous surges in infection, suggesting that this variant may have a growth advantage,” the WHO said. Current PCR tests continue to successfully detect the variant, it said.