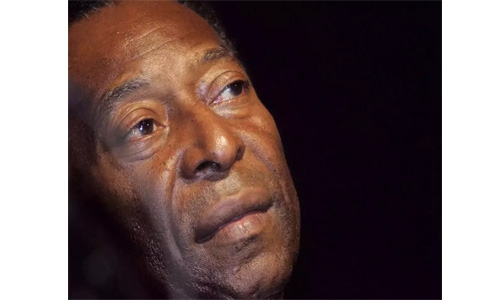 Brazilian football legend Pele was briefly transferred back to an intensive care unit (ICU) Friday after suffering breathing difficulties but is now stable.

According to the Albert Einstein Hospital in Sao Paulo, where he underwent surgery earlier this month, said that the transfer was a temporary “preventative measure”, reported Bangkok Post.

The hospital added that the sporting great was later transferred to “semi-intensive care” as he continues to recover from surgery for a suspected colon tumour.

“He is currently stable from a cardiovascular and respiratory point of view,” it added.

The statement came shortly after Pele’s daughter Kely Nascimento posted a photo of herself next to her father in the hospital, seeking to cheer up his fans, reported Bangkok Post.

“This is the normal recovery scenario for a man his age. After an operation like this, sometimes you take two steps forward, one step back,” Nascimento wrote on Instagram next to the photo.

He originally left the ICU unit on Tuesday, telling his fans on social media that he was feeling happier by the day and was looking forward to reuniting with them.

The suspected tumour was detected during routine tests, according to the hospital, where Pele has been undergoing treatment since August 31.

Considered by many to be the greatest footballer of all time, Pele has been in poor health in recent years and has had various stints in the hospital.

Pele is the only player in history to win three World Cups (1958, 1962 and 1970). He burst onto the global stage at just 17 with dazzling goals, including two in the final against hosts Sweden, as Brazil won the World Cup for the first time in 1958.