July was the hottest ever recorded, says US agency | THE DAILY TRIBUNE | KINGDOM OF BAHRAIN 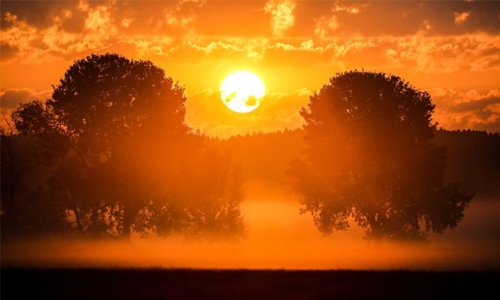 July was the hottest ever recorded, says US agency

The month of July was the world's hottest since measurements began, US climate agency the National Oceanic and Atmospheric Administration said on Friday.

The combined land and ocean-surface temperature worldwide was 0.93 degrees Celsius above the 20th-century average of 15.8 degrees Celsius, making it the hottest July since records began 142 years ago, according to data measured by NOAA’s National Centers for Environmental Information, dpa reported.

"July is typically the world’s warmest month of the year, but July 2021 outdid itself as the hottest July and month ever recorded," said NOAA Administrator Rick Spinrad.

"This new record adds to the disturbing and disruptive path that climate change has set for the globe."

The European Copernicus climate change service recorded similar findings based on its own calculations.

Copernicus recorded last month the third warmest July worldwide, only slightly cooler than the temperatures reached in 2016 and 2019.