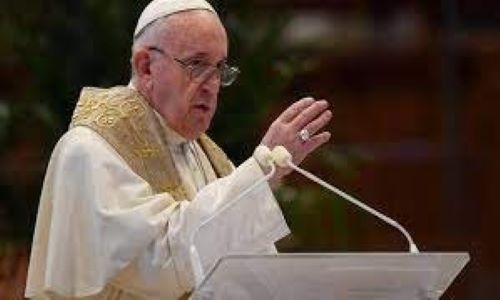 Pope Francis called on Sunday for an end to the conflict in Israel and Gaza, saying the deaths of so many innocent people in recent days, including children, was unacceptable.

"I appeal for calm, and for those responsible to end the clamour of weapons and to take the path of peace," he said in a weekly address to faithful gathered in Saint Peter's Square.

"Many innocent people have died, amongst them, there are also children. This is terrible. Unacceptable. Their death is a sign that (people) don't want to build a future, but destroy it... I wonder where hatred and revenge will lead?"

King Fahd Causeway to reopen tomorrow at 1 am