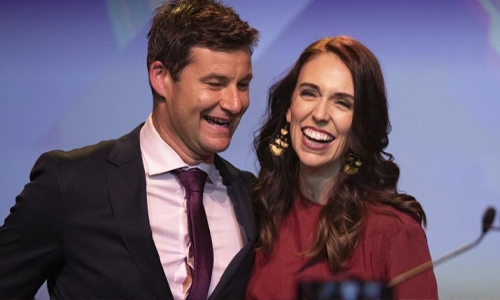 In an interview Wednesday on the Coast radio breakfast show, Ardern said she and Clarke Gayford have finally set a date for their wedding after announcing they were engaged two years ago, The Associated Press (AP) reported.

But Ardern wouldn’t be drawn on the exact day other than to say it would be during the Southern Hemisphere summer, which runs from December through February.

“When I say we’ve got a date, that doesn’t mean we’ve actually told anyone yet,” Ardern said on the show. “So, I feel like we should probably put some invites out.”

Ardern and Gayford have a 2-year-old daughter, Neve. Ardern in 2018 became just the second elected world leader in modern history to give birth while holding office.

Gayford is Neve’s primary caregiver and a presenter on a TV fishing show.

Ardern was asked on the show if she was going to be modern and have a bridesman at her wedding rather than the more traditional bridesmaid.

“I feel a bit too old to have a bridal party,” said Ardern, who is 40. “I don’t know if it’s just me, but for some reason I just feel like there are some things that, because I’m getting on a bit, I just need to forego.”

Ardern had previously joked about the awkwardness of Gayford’s proposal atop a hill in the coastal town of Mahia.

What was supposed to be a romantic moment was gate-crashed by a police protection officer, some locals, and a couple of dogs that tried to eat the chocolate Gayford had brought with him, she said at the time.

The Coast radio interview offered a chance for some lighter and more personal discussion than Ardern’s typical political interviews. The hosts also asked if Ardern had plans for Mother’s Day on Sunday.

“I know of none, except for the fact that I said something to Clarke about it yesterday, and there was a long pause. He said, ‘When is it?’,” Ardern said. “And so, I’m not expecting much.”