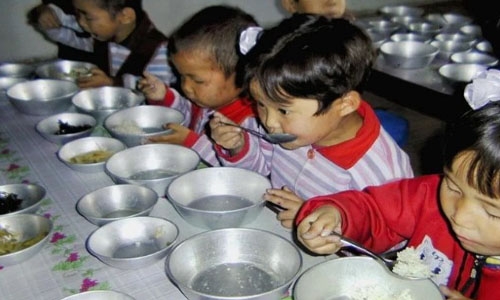 Strict coronavirus restrictions imposed by North Korea could force the World Food Programme to suspend operations in the country, where chronic malnutrition is rife, a report on the UN organization’s website said Tuesday.

The impoverished country – which is under international sanctions over its nuclear weapons and ballistic missile programs – has long struggled to feed itself, suffering chronic food shortages.

The World Food Programme (WFP) has by far the largest international aid operation in the country and provides specialized foods to around a million pregnant women, nursing mothers and children every month, according to its website.

North Korea closed its borders in January last year – the first country in the world to do so – to protect itself against the virus which first broke out in neighbouring China.

“WFP will opportunistically use windows in which food imports are allowed to replenish and optimize in-country stocks,” it added.
“There is a significant residual risk that, should food imports not be possible, operations will cease in 2021.”
Pyongyang has long insisted it has not seen any cases of COVID-19 – which has killed more than two million people worldwide – with its leader Kim Jong Un reiterating the claim at a huge military parade in October.

Experts suggest that is unlikely, given the virus first emerged in neighbouring China, its main provider of trade and aid.

More than 40 percent of North Korea’s 25 million people are considered food insecure, according to UN estimates.