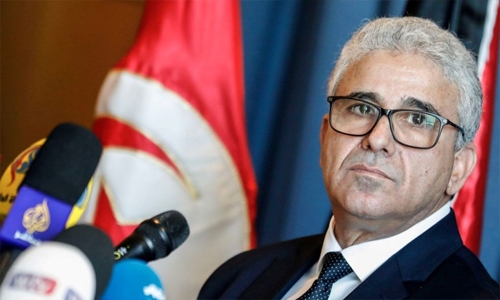 The interior minister of Libya's UN-recognized government, Fathi Bashagha, survived a militant attack on his convoy west of the capital Tripoli on Sunday, an official said.

A guard in the minister's convoy was wounded, while one of the assailants was killed and two others arrested, according to the official.

The Interior Ministry's Facebook page posted photos of Bashagha inspecting a Tripoli branch of the law enforcement department. It was unclear whether these were taken before or after the attack.

Libya has been in turmoil since long-time ruler Moamer Gaddafi was toppled in 2011. It has two main competing administrations: an UN-backed one in Tripoli and another based in the country's east, led by military strongman Khalifa Haftar.

The country has become a proxy battleground for rival forces, and several foreign powers including Russia and Turkey have been drawn into the conflict.

Earlier this month, delegates from Libya's rival factions elected an interim administration in a bid to unify the war-torn country and prepare for national elections in December.

Abdul-Hamid Mohammed Dbeibeh was elected as interim prime minister and Mohammed Menfi as head of the three-member presidency council.

WHO Director-General tweets praise of His Royal Highness Prince Salman