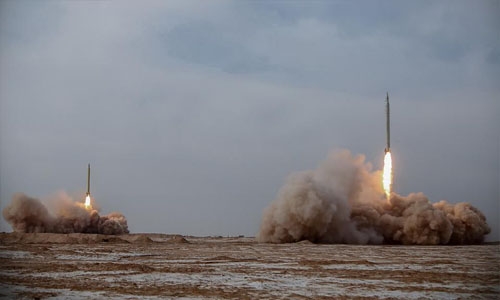 Iran’s Revolutionary Guards yesterday fired long-range ballistic missiles into the Indian Ocean on the second day of a military exercise.

“One of our most important defence policy goals is to use long-range ballistic missiles against enemy warships, including aircraft carriers and warships,” state media quoted Guards commander Major General Hossein Salami as saying.

With these missiles, which have a range of 1,800 kilometres,” he said, “we can now strike moving targets in the ocean.”