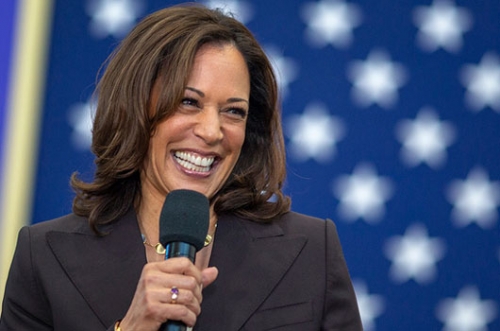 Hindu groups in the US have sought an apology from the niece of Senator Kamala Harris for tweeting an "offensive" image, which depicted the Democratic vice presidential nominee as goddess Durga.

The outrage has forced Kamala Harris' niece Meena Harris to delete the tweet.

In the image, Kamala Harris, who is also the Democratic Vice-Presidential candidate in the US election, was depicted as Goddess Durga and she was seen killing US President Donald Trump, who was depicted as buffalo demon 'Mahishasura'.

In the picture, Democratic presidential nominee Joe Biden was depicted as a lion, the 'vahana' (vehicle) of the goddess.