A woman was killed and 11 civilians were wounded by Houthi shelling, east of Taiz | THE DAILY TRIBUNE | KINGDOM OF BAHRAIN 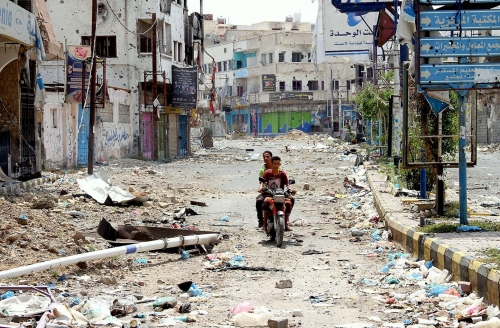 A woman was killed and 11 other civilians were wounded, including children, in the bombing of the Iranian-backed Houthi militia today, targeting residential neighborhoods east of the Yemeni city of Taiz.

A local source said in a statement to the Yemeni News Agency (Saba), "The criminal Houthi militia targeted residential neighborhoods with 15 tank shells from their locations in Tabbah Sofitel."

The source emphasized that "the bombing resulted in the death of a woman and the injury of 11 civilians, including four children, who were brought to the hospital."