At least one killed, dozens injured in Belarus clashes after election | THE DAILY TRIBUNE | KINGDOM OF BAHRAIN 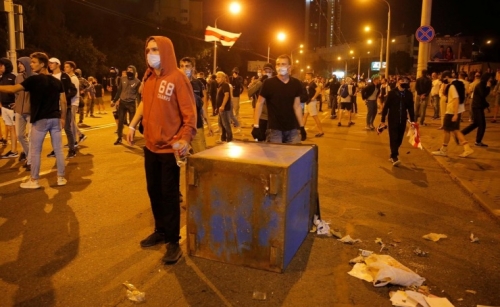 At least one person was killed after being knocked over by a police prisoner van and dozens were injured in clashes between police and protesters after the Belarus presidential election, a representative of the rights group Spring 96 said on Monday. “There are at least 120 detainees, but this is initial data,” Valentin Stefanovic also told Reuters.