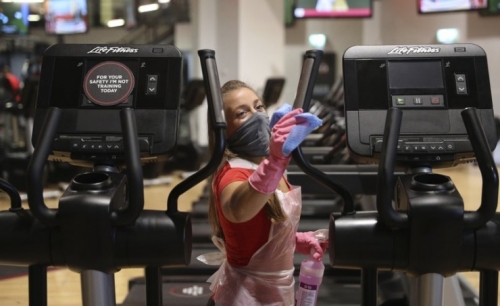 Swimming pools and gyms in England are reopening for the first time since the U.K. went into lockdown as public health officials extol the benefits of exercise in fighting COVID-19, the Associated Press (AP) reported. The government has announced a fresh attack on obesity as part of the move, hoping that a fitter nation might be able to minimize the impact of future waves of the virus.

But Jane Nickerson, chief executive of Swim England, says that there had been financial pressure on pools even before the pandemic and that without government support many won’t open this year — or ever. She told the BBC that funding pools actually saves money because of the impact they have on social cohesion, crime prevention, education attainment and health benefits. Learning to swim is also a life skill.

“One of our biggest, biggest fears is that there will be a lost generation of children this year who don’t learn to swim,” she said.